The science behind a high-impact tennis technique

There’s a certain science to tennis.

It’s not just about driving the ball from one side of the court to the other. You have to master the mathematics – the physics – and understand how every movement influences the next.

Whether it’s speed, power, spin, ball placement, or footwork – the nuanced skills that tennis demands are a challenge in themselves. But learn to control them and you will be able to control your opponent.

So it goes without saying, it will serve you well to get to know the science of tennis…

How a tennis ball moves around the court

Tennis balls are designed in such a way that more air pressure resides on the inside of the ball than the outside. So, when the ball comes into contact with the ground/your racket, it changes shape and the air reacts and pushes the ball away from the ground – causing a considerable bounce.

In science terms, this is defined as kinetic energy…

When the ball lands, its molecules stretch before contracting back together again.

This gives the ball more energy, and elasticity. But depending on the angle, speed and position of the ball when it lands – the following bounce will be different.

So how can you influence this? 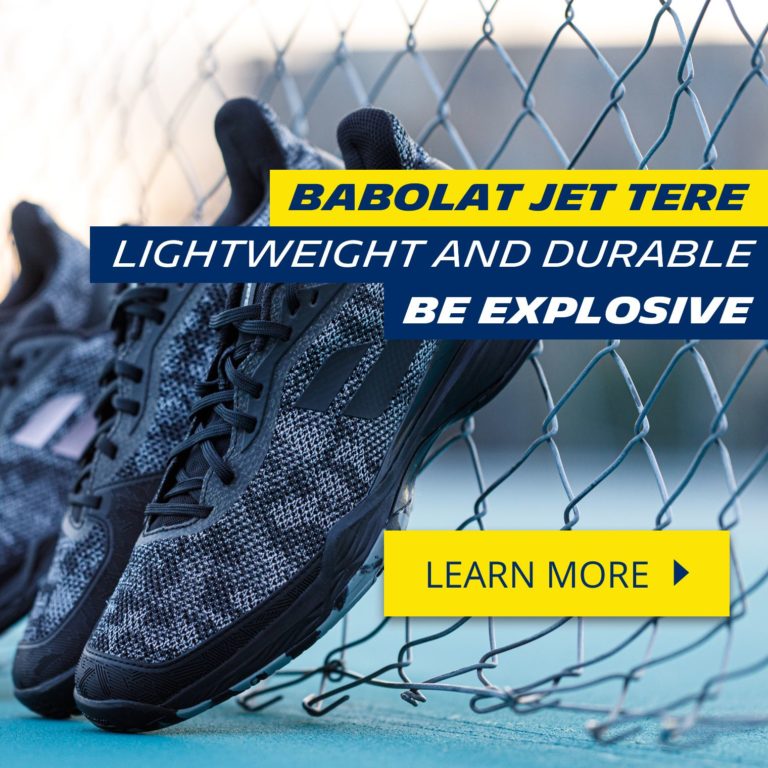 The name of the game.

The speed at which you move across the court, the foot pattern you follow, and the weight behind each step all dictate the impact you make when your racket meets the ball.

Because it’s all about how you are positioned.

How you move towards the ball will dictate how well you hit it. From the moment you step into your initiating sequence, you’ve decided how the rest of the game is going to play out.

It’s about balancing speed of the feet with effort. As one increases, the other should decrease. This is how you can establish a truly effective and efficient movement.

There are three typical foot positions during the serve…

As the most common stroke used in tennis, understanding how it works is going to be pretty invaluable to your game.

For a best practice groundstroke, move forwards and sideways when approaching the shot. Start with large strides, and shorten them to quick, agile steps the closer you get to the ball.

As well as getting you to the ball at a quicker speed, it moves you into a more tactical position closer to the net. It is here that you will be able to respond to your opponent with impressively angled shots.

Following each groundstroke, try to take another step towards the net to put yourself in the most powerful position and challenge your competitor with wide, crosscourt shots.

To optimise your technique, remember the simple science behind the court… it is much longer when measured diagonally than it is straight down the line. By aiming your groundstroke crosscourt, you’re improving your chances of making the shot.

Depending on how and where the ball strikes your racket, the ball is going to behave in a different way. To influence this, it’s time to understand how the position of your racket affects your shot…

And now for a shot many an athlete seeks to master…

There is an art (and science) to the top spin – it’s a craft in itself.

The ability to move the ball as quickly as possible, creating technical bounces and sharp angles that throw your opponent off guard isn’t easy to conquer, but it’s worth the hard work and commitment.

Unrivalled top spin comes down to rackets and strings. The best strings allow players to combine heavy spin with unbeatable speed, whilst racket angles influences how the ball moves through the air.

Top spin is achieved when the strings of the racket brush upwards against the back of the ball, causing it to rotate through the air surrounded by a thin layer of air that surrounds and rotates with it. This causes the velocity of the air below the ball to move faster than the velocity below.

Tilt your racket to around 50 degrees, relative to the ground. By limiting the amount of the forward face presented to the ball – keeping everything at a slant – you’ll increase the air resistance and pressure on the ball, forcing it to the ground at a greater speed and return with a forwards and upwards bounce.

Now you understand the basic science behind tennis, and the way your movements impact the behaviour of the ball, you can start to adapt your techniques to best serve you when you play.

But more on that next time…

READ MORE: 6 smash hit tennis tournaments to get excited about this year